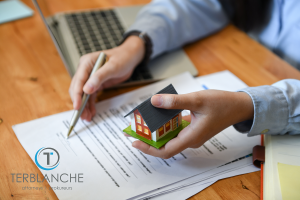 Considering to divorce is not an easy decision and when that decision is made, people simply want to get it over and done with to move on with their lives. While this would be the ideal, there are many factors that need to be considered and proper thought should be given to this. It is always advisable to approach an independent party to assist you to make sense of things and decide on an approach to follow which will likely settle the divorce faster while putting in place the necessary structures to avoid future issues.

One factor that has always been a challenging aspect of divorce is the payment of maintenance, specifically the enforcement of maintenance where a parent defaults on his maintenance obligations after the divorce has been finalised. Generally, the one parent pays the other a sum of money on a monthly basis in order for that parent to pay towards the total expenses of the children. It often happens that the one parent simply stops paying maintenance, this is when the struggle begins. The most commonly used excuse is, ‘I cannot afford the maintenance amount’. This eventually result in a financial inquiry into the defaulting party’ finances, subpoenas being issued and postponement after postponement for documents to be submitted, taking months to finalise the financial inquiry. While the financial inquiry is pending, no maintenance or a reduced amount of maintenance (if you are lucky) is being paid.

Another cause for a parent to default on his maintenance obligations is where the parent, typically after a while, starts feeling aggrieved and start believing that he/she is paying maintenance for your benefit, having to maintain your lifestyle – totally forgetting why he/she is paying maintenance to begin with. I reckon the reason for this is because the parent, more often than not, is paying an amount for maintenance in respect of the children into your bank account, hence after a while starting to feel that he/she is paying you and not the children. After a whilst he/she also become ‘indifferent to reality’, no longer realising what the actual monthly expenses of the children are because he/she has not paid the actual school fees, clothing, pocket money, etc. of the children for quite some time. The result, he/she stops paying maintenance or pays you a reduced amount, an amount he feels you are entitled to. Again leaving you with no option but to approach the courts for relief and to enforce payment, alternatively you can lay a criminal charge against him/her for non-compliance with a court order or list him/her at a credit bureau.

Another cause for not receiving maintenance as per the court order is where, for example, you are already receiving R6,000.00 for monthly maintenance (for school fees, day care, after school fees, domestic worker, travel, accommodation, food and general clothing, etc.) in respect of your two children, and then one day you claim the ad hoc expenses (e.g. Dental account) which are provided for in the court order and he/she flips out, accusing you of bleeding him/her dry and stops paying you or refuses to contribute towards the ad hoc expenses.

Remember, your ex is paying maintenance for the children into your bank account and over time, I think, that a person starts believing that he/she is paying you and not the children, to fund your lifestyle especially if he sees your pictures on Facebook, just having been on holiday for 2 weeks.

Sure, if your ex fails to pay maintenance you can enforce your rights against him by taking him to maintenance court, and:

Resorting to the above is time consuming and it could take years before you receive anything. For example, recently a woman successfully sequestrated her husband, who lives in an upmarket waterfront estate in Pretoria, who failed to pay maintenance since 2008 (amounting to almost R360,000.00) for their two children.

The unfortunate reality is that while the courts will eventually assist you in getting the arrear maintenance, it will not deliver immediate results or satisfaction. Hence, the only manner to avoid being faced with the problem is to make sure that you are not dependent on being paid an amount for monthly maintenance for the children, sounds strange? Read on.

The key to minimise maintenance disputes, issues and the need to enforce maintenance payments later on is to structure the maintenance portion of the divorce settlement in such a manner to avoid having to receive monthly maintenance payments for the children from your ex. Assign certain ongoing monthly expenses (being of equal value or in proportion to your liability as per the maintenance calculation) to each parent, make sure that both parents has to pay some of the actual, ongoing monthly expenses of the children directly, this way you are not dependent on your ex paying you maintenance on a monthly basis, because he has to for example the school, medial aid, etc. and you have to pay accommodation, food and travel, etc.

Then there is the cantankerous issue of contributing towards clothing for the children, monthly payments into your account is problematic because the parent paying again believes the money goes towards subsidising your lifestyle and ad hoc payments (for example at the beginning of summer and especially winter) are generally too big of an amount needed to satisfy the children’s needs for a parent to simply pay without fighting. Solution, open a bank account for each child and make monthly payments into their bank accounts, which can be used for clothing and possibly ad hoc expenses.

Please note that this article is by no means exhaustive, nor is it intended to be legal advice. Please take cognisance of the fact that all matters are different due to its differing and unique circumstances and it is advisable to consult your attorney to assist you in your divorce.

Implementing short time – is it legal?

May an employee be placed on ‘short time’? The simple answer is yes, but only where an employee has consented thereto or as an alternative to avoid retrenchment.

For those employees that belong to a union, whenever you are faced with this scenario, inform your union immediately and they will assist you. However, remember that your union is your representative and cannot consent to the Short Time on your behalf unless they consulted with you (and the other members) and received a clear mandate to accept.

With this being said, it is important to realize that Short Time is generally used as an alternative to retrenchments when a company is financial distressed, hoping that cutting costs will turn things around, and where employees do not agree to Short Time it is likely to cause the company to initiate retrenchment proceedings. This could lead to an employer offering you revised employment terms and conditions, should you decline, you could face retrenchment.